1. Our hot dry summer continues. Since June 1, Wonder Lake has received a total of 14 inches of rainfall, as measured at the USGS Thompson Road gage. Fortunately, 10 of those inches of rainfall have occurred since early August, so we might be getting into a wetter period to help improve flow through the lake. With more rain, and as temperatures start to cool down as we move into fall, it is hoped that the algae blooms will begin to finally fade away. 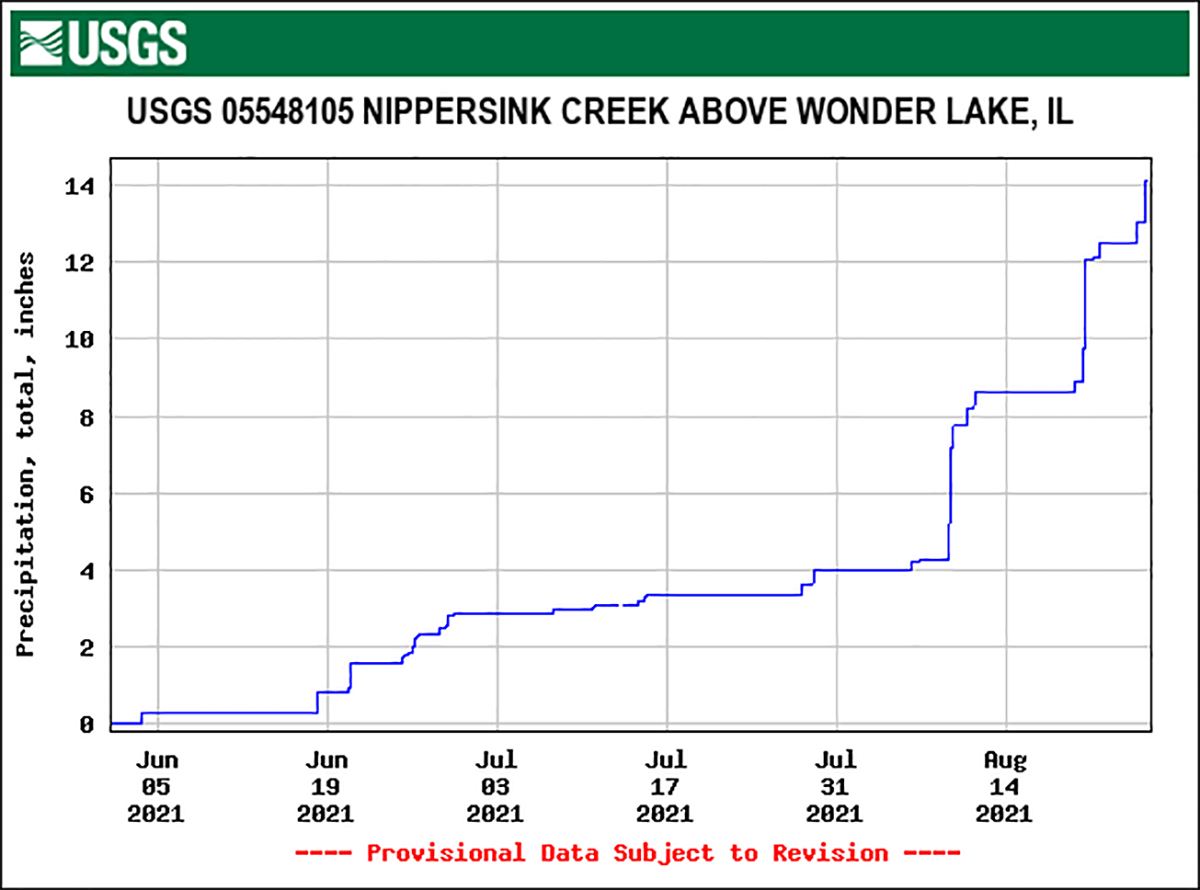 2. There is no “cure” for an algae bloom, particularly on a lake as big as Wonder Lake. The only return to normal is for sufficient rainfall to occur, and temperatures to cool off. As mentioned previously, the dredging of Wonder Lake removed many tons of nutrients from the lakebed, which would have otherwise been available to fuel algae growth. Lakefront landowners are, as always, strongly encouraged to keep lawn fertilizers and grass clippings out of the lake. With the approach of fall, it is critical that leaves are not raked into the lake when they fall, as this is just one more source of un-needed nutrients.

4. The floor of the Wonder Lake Sediment Drying Facility (SDF) was recently mowed to cut back the vegetation growing in the extremely fertile dried sediment. This was done not only to keep the vegetation under control, but also to improve visibility so that a land surveyor can come in and survey the top surface of the dried sediment. By comparing the “new” digital surface to the digital surface of the “as-built” survey generated when the SDF construction was completed, the MPOA should have a much better idea of the actual dried volume of sediment potentially available for sale.